Cary is a fabulous attorney. He is easily accessible, always returning calls promptly. He is fair and reasonable, not to mention very smart. I was so happy with the settlement he attained for me. I would highly recommend him!! 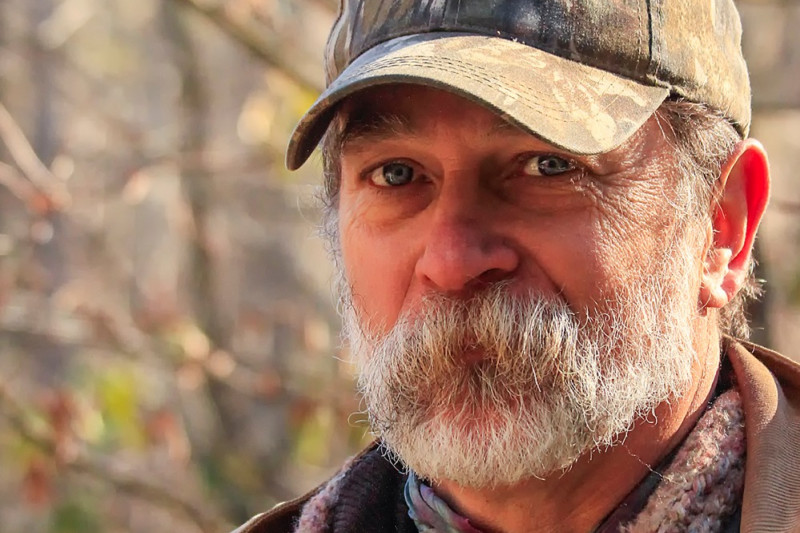 Thank you to everyone expressing support as I try to survive losing my best friend of 35 years. Preston’s constant loyal support and inspiration was the best thing I ever had in my life. His kindness and humble talent were unsurpassed. Because Preston was such a giving, supportive person he helped many thousands of students and friends, always improving their life.

When Preston unexpectedly died of just-detected liver cancer he was already financially challenged; He had put off working on his own leaking roof, to make time to help so many others – Truly a testament of extending himself out to support his community in so many ways. I have never met a more genuine person and I have never, ever witnessed a man love his wife more generously and completely and committedly than Preston loved Kathleen. Thanks to all who have responded in honor of Preston by sending money to Kathleen as she adjusts to the loss of her husband, with no income.

So many kind people have donated 5, 10 or $20 through this site: https://www.gofundme.com/in-honor-of-preston-roberts– that it has added up to quite a wonderful honoring, representing all of our love and appreciation for Preston and his life of making this world and our lives better. We have already used some of the donated money to fix the leaking roof on their house. He was so dedicated to helping many others that he never got his own house fixed. Thanks to the roofers who put the metal on and the friends and fans who donated to make it possible.
Kathleen is to tears in appreciation. Preston recently helped nurse her back to good health from stage 4 cancer herself.. I could write a book on the astonishing merits of Preston James Roberts. Most of his tv fans don’t even know the tip of the iceberg. Yet, they sense how important his message is.

Preston was one of the most manly men I ever met. I would want him at my back in the most fierce fight, yet I want to leave you with a rare and intimate photograph of Preston half-naked in winter, wearing a pink tutu trying to bring a smile to the face of his beloved wife Kathleen as she was battling her own cancer. His plan worked! She smiled, and made it. Preston’s love for Kathleen and good work knew no boundaries.
If we could encourage and instill in our youth of today to be even a little bit more like Preston, our world would be a much better place. I’m reminded of this quote:

I am crying, Preston.

Superlative awards are supposed to be a funny way to acknowledge students for their personalities, talents, or other nonacademic achievements. A middle school in Georgia has illustrated how they can also be hurtful, after awarding “Most Likely to ‘Not Pay Attention’” to an eighth-grade girl who has been diagnosed with ADHD.

“I feel like it was very derogatory, I feel like it was humiliating, and this was held as an assembly with the school,” the girl’s mother, Nicole Edwards, told Fox 5 News in Washington, D.C. According to Edwards, the original award her daughter won was “most likely to ask a question that has already been answered,” which doesn’t sound much better.

“I find it very offensive and demeaning,” psychologist George Sachs, a New York-based specialist in ADD and ADHD, told Yahoo Beauty via email. “While it may not be the students’ job, it should be one of the [faculty members’] or teachers’ job to correct whoever awarded this and help them understand that ADHD is a real disability, likediabetes, and that making light of it is unhelpful and downright discriminating.”

Sachs adds: “Many individuals with ADD struggle with self-esteem, as their disability is invisible, and unlike others that require crutches, etc., ADD is often seen as not working hard or being lazy. But it is a real disorder according to the diagnostic manual.”

The response from Memorial Middle School and Rockdale County Public Schools was swift, as spokesperson Cindy Ball told Fox 5 that two teachers involved with the awards will not be returning to the school district. “I can assure you that Rockdale County Public Schools will not condone anything that may cause student embarrassment or humiliation,” read a statement to the network.

Judging by the response this story is receiving on Reddit, Edwards’s daughter is not alone. People with ADHD, as well as those with other unseen disorders, are frequently the subject of teasing by their peers and teachers, who sometimes don’t even realize how damaging their words can be.

The Reddit thread brought up painful memories for some users.

“Similarly, my third grade teacher put quotes in the yearbook for each of us,” wrote mistermeepseeks. “She made mine, ‘What are we supposed to be doing, again?’ Really helped out with my low self-esteem and constant crying at home about not being able to do anything right. I feel for that kid.”

“ADHD here, I got the school award for ‘most unlikely to finish high school,’” pseudo gamer said.

“ADHD female here,” wrote cherrycoke00. “I was ‘most likely to stick her foot in her mouth.’”

Wolfkingadam chimed in to say, “ADHD here too. I got one on a trip to Paris for being ‘The most annoying’ throughout the trip. S*** cut deep.”

While some commenters thought the award was just a joke that the student’s mother took too seriously, those who had been through this experience in childhood disagreed.

“I had ADHD,” halfslovenianmutt wrote. “I was singled out with s*** like this. It was intentionally hurtful and humiliating, and it gave everyone the license to gang up and bully me. People told me later on in life that I walked around that school with my head down and slumped over ‘like a prisoner.’ Don’t presume everything is good for everyone else just because it was that way for you.”

ADHD often comes with concurrent issues, such as anxiety and depression, which aren’t likely to help the recipient of such an award see the humor behind it. Instead, she can feel further isolated and misunderstood.

When others try to make light of mental health disorders they don’t understand, “people are accidentally showing: ‘I don’t really see who you are,’ or ‘I don’t understand the depth of your pain or complexity of the problem and what it would take to get over it,’” psychologist Karen Cassiday, the managing director of the Anxiety Treatment Center of Greater Chicago, tells Yahoo Beauty. “Because of that, people not only feel invalidated, but they feel kind of rebuffed and belittled, and then less likely to seek social support. That makes it harder to recover.”

Another Reddit user named “fresh” illustrated why the award was wrong with equally tasteless analogies: “I hope they have the cripple kid ‘most likely to lose a race.’ Also the blind kid, ‘most likely to not see that coming.’” Young Transgender Man Shares Extremely Inspiring Before and After Photo

A transgender swimmer for Harvard shares an inspiring before-and-after transformation photo of himself.

The best way to find yourself is to lose yourself in the service of others.